This article belongs to the Special Issue Caring for Patients with Breast Cancer
Views:2300 | Downloads:771 | Cited:

© The Author(s) 2019. Open Access This article is licensed under a Creative Commons Attribution 4.0 International License (https://creativecommons.org/licenses/by/4.0/), which permits unrestricted use, sharing, adaptation, distribution and reproduction in any medium or format, for any purpose, even commercially, as long as you give appropriate credit to the original author(s) and the source, provide a link to the Creative Commons license, and indicate if changes were made.

Aim: During the study of the aromatase inhibitors effect on metabolic disorders, it was found that exemestane significantly caused ascites. This part of pre-clinical study aimed to investigate the potential dysregulatory effect of exemestan on adrenal synthesis of hormones with miniralocorticoid activity under the conditions of experimental metabolic syndrome.

Methods: This study was performed using female hamsters (1 and 2, 5 weeks old), that were fed hypocaloric diet for 6 (+3) weeks. Exemestane was administered orally in the dose of 3086 mg/kg for 3 weeks. Ascites caused by decreased liver function were excepted by measuring albumin content and histologic examination. Serum cortisol content was measured by ECLIA method. Serum aldosteron content was measured by ELISA method.

Results: Under the conditions of experimental metabolic syndrome exemestane provoked significant increase of cortisol level by 1.56-1.62 times and aldosterone level by 1.79-2.75 times depending on the age of animals.

Conclusion: Exemestane may cause mineralo- and glucocorticoids imbalance in female hamsters with metabolic syndrome. So the confirmation of exemestane safety in patients with adrenal hormones disorders and metabolic comorbidity needs additional clinical researches.

Quite often additional information about drugs side effects is found during new preclinical and clinical trials after their approval and registration[1]. So, during our experiments, related to the studying of third-generation aromatase inhibitors’ effect on metabolic syndrome pathogenesis, we have noticed some distinctions of exemestane using[2,3]. In the course of the experiment, almost all female animals showed a significant inadequate response to the use of exemestane, that was manifested in the accumulation of excess liquid in the abdominal cavity.

It is worth noting that the drug label information indicates about no effect on the adrenal hormones secretion such as cortisol or aldosterone and the lack of need for glucocorticoid or mineralocorticoid replacement therapy with exemestane treatment[4]. In the corresponding clinical trial, attention was focused on the fact that exemestane does not cause a decrease in the content of these hormones, so obviously may not to affect on the enzymes that catalyze the reactions of their biosynthesis. It should be understood that this was the first phase of clinical trials and studies were conducted on healthy postmenopausal women, probably without any manifestations of metabolic syndrome. Furthermore, there were only 29 patients in this part of study[5]. According to the data from eHealthMe web resource (postmarketing clinical trials information analysis from FDA reports) ascites were observed in 1.61% of the patients who take exemestane (27 Dec 2018)[6]. In accordance to classification of adverse drug reactions frequency categories recommended by CIOMS (Council for international organizations of medical sciences) it can be defined as “common”[7].

To gain further insight into association between ascites and exemestane treatment, we have studied the concentration of hormones with mineralocorticoid activity and estimated liver function - the main reasons of ascites formation.

The design of pre-clinical study

As stated above, these results based on fragment of our main research related to the studying of third-generation aromatase inhibitors’ effect on metabolic syndrome pathogenesis[2,3]. This report concerns only female experimental animals because of their unusual response on exemestane treatment. This part of study was conducted on 60 Golden Syrian hamsters (Mesocricetus auratus) randomized by their age (30-1 month, 30-2.5 months). All experimental animals were used in strict accordance with internationally accepted principles for the care and use of laboratory animals in Central Research Laboratory vivarium of National University of Pharmacy (Ukraine, Kharkiv)[8]. Each age cluster was divided into 3 groups of 10 animals: hamsters without metabolic syndrome (Control group), untreated hamsters with diet-induced metabolic syndrome (DIMetS) and hamsters with metabolic syndrome which were treated with exemestane (EX). It is important to note that there was no group of healthy animals, which were administrated exemestane, because it was not a point of the main research objectives.

Experimental metabolic syndrome in hamsters was induced by feeding them high-calorie diet containing large amount of fat (37%) and fructose (29%) for 9 weeks[9-11]. Control animals were offered regular rodent chow. Starting from the sixth week we started to administrate exemestane hamsters in EX group, the duration of therapy was 21 days. The diet did not change during treatment.

In this experiment we used steroidal third-generation aromatase inhibitor exemestane (Exemestanum-Vista®, Mistral Capital Management Ltd, England) registered in some European countries (including in Ukraine). Importantly, that it was a generic drug. Animal equivalent dose (AED) of exemestane was calculated taking into account the average daily therapeutic dose for humans and interspecies difference in mass and body surface area[12]. The dose value for hamsters was 3086 mg/kg. A sample was dissolved in purified water and was administered by special intragastric tube; animals of control group were administered only equivalent volume of purified water.

After 9 weeks of the experiment animals were euthanized in inhalation anesthesia, blood and liver tissues were collected, the serum was prepared from blood. Serum samples were then stored at -20 °C and tissue samples were fixated in 10% formaldehyde solution until further experimentation.

The level of serum albumin was photometrically measured by standard commercial kit «Albumin HP002.01» based on reaction with bromocresol green (Felicit-Diagnostics Ltd, Ukraine).

Histological assessment of the liver

Comparisons of experimental data were carried out using the nonparametric methods of analysis (Mann-Whitney U-Test). All data were analyzed using computer programs STATISTISA 7.0 and MS Excel 2007 software. The results are presented as mean ± SEM. A P-value lower than 0.05 was considered statistical significant, such a rough estimate was chosen to exclude false-negative results in the side effect study[14].

During the laparotomy we have noted that 19 of 20 female animals administrated exemestane had signs of ascites. The accumulation of pellucid fluid in the abdominal cavity of the female hamster was about 1.5-3.5 mL, depending on body mass. In the abdominal cavities of animals in other groups the presence of fluid excess was not marked.

The most common reason of drug-induced ascites is liver damaging during medicine’s metabolism, that decreases hepatic protein-synthesis function. Reduced amount of proteins with buffering properties causes to liquid relocation from bloodstream into the abdominal cavity[15]. But in our experiment there was no significant decrease in serum albumin content in DIMetS and EX groups [Table 1].

Also no one animal had any signs of liver damage (fibrosis, necrosis), that would lead to an extremely loss of its function [Figure 1]. Considering the above, it is possible to suppose that ascites in these animals have non-hepatic genesis. 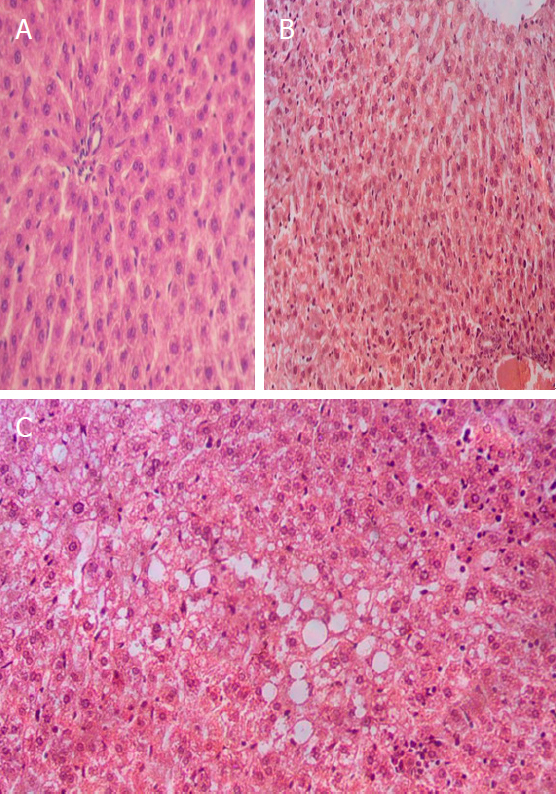 On the other hand, taking into account the fact that exemestane affects the activity of the aromatase enzyme as pseudosubtrate, it is possible that this drug or its metabolites may also affect other enzymes of steroidogenesis, which probably brings hormonal balance in the direction of mineralocorticoids and glucocorticoids hyperproduction. The increase in content of hormones with mineralocorticoid activity causes to intensive fluid and Na+ flow into the extracellular and cavity space[16].

It was determined that under the influence of a high-calorie diet young and mature female hamsters in the DIMetS group had moderate elevation of cortisol and aldosterone levels in serum [Table 2]. Thus, when interpreting the effect of exemestane on the investigated parameters, it is necessary to take into account a certain effect of the experimental metabolic syndrome on steroid hormones metabolism.

In young female hamsters Exemestane administration causes to significantly increase in cortisol content by 2.2 times compared to the control and by 1.6 times compared to DIMetS; serum aldosterone content in EX group was increased by 4.0 and 2.7 times respectively. In adult female hamsters under the influence of exemestane, it was a significant increase in cortisol and aldosterone level by 2.0 times and 2.9 times respectively (in comparison with control animals) and by 1.6 times and 1.8 times (in comparison with DIMetS animals).

In our study we have taken into account that on the background of metabolic syndrome, the content of these hormones in the blood usually increases[17-19]. It was also demonstrated in our experiment, but the changes caused by exemestane are too visible and specific to explain them only through the course of experimental metabolic syndrome. Taking into account the whole pool of obtained and analyzed data, we have to propose a hypothesis that exemestane or, most likely, its metabolites can partly suppress the activity of other steroidogenesis enzymes (not only aromatase). In such way common half-products steroidogenesis predominantly convert to cortisol and aldosterone. Thus, administration of exemestane may probably cause moderate inhibition of 17-alpha-hydroxylase and/or 17, 20-lysase enzymes activity. It should be noted that the manifestations of ascites were observed in female animals, it could be explained by major content of progestogens (common substrates for biosynthesis of gluco-/mineralocorticoids and androgens)[20]. However, it is possible that the content of cortisol and aldosterone could also change in male animals.

It should also be said that in the study we used a generic drug; probably this specificity is not associated with the original medicine. All in all, obtained experimental data create necessity for further pre-clinical and clinical studies of the exemestane safety in metabolic syndrome comorbidity.

In conclusions, the results suggest that under the conditions of experimental metabolic syndrome exemestane could be able to violate the mineral metabolism of animals through increased production of hormones with mineralocorticoid properties, in particular cortisol and aldosterone. Probably, exemestane or its metabolites are capable of inhibiting other steroidogenesis enzymes than aromatase. It should be taken into account and studied in detail in subsequent clinical trials related to the exemestane efficacy and safety in various cohorts of patients, especially females with mineral and metabolic abnormalities.

All authors have made an equal contribution.

Availability of data and materials

All authors declared that there are no conflicts of interest.

Ethical approval and consent to participate

Bioethic approval was obtained prior to the commencement of the study. 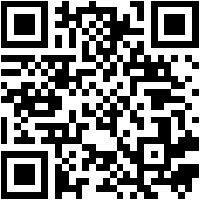