This paper presents the development and evaluation of different versions of neuro-fuzzy model for prediction of spike discharge patterns. The author aims to predict the spike discharge variation using first spike latency and frequency-following interval. In order to study the spike discharge dynamics, the author analyzed the cerebral cortex data of the cat. Adaptive neuro-fuzzy inference systems (ANFIS), Wang and Mendel, dynamic evolving neural-fuzzy inference system, hybrid neural fuzzy inference system, genetic for lateral tuning and rule selection of linguistic fuzzy system (GFS.LT.RS) and subtractive clustering and fuzzy c-means algorithms are applied for data. Among these algorithms, ANFIS and GFS.LT.RS models have better performance. On the other hand, ANFIS and GFS.LT.RS algorithms can be used to predict the spike discharge dynamics as a function of first spike latency and frequency with a higher accuracy compared to other algorithms.

Recording action potentials (spikes) from the neural cells makes it possible to investigate their health, stability, and sensitivity[1]. Different characteristics of the electrical activity of neurons can be considered in the study of neural coding. One important concept in this area is spike discharge that is a type of transient waveforms present in the brain activity and includes a high correlation with seizure occurrence[2].

Studies on movement indole illustrated that this process is related to the neuronal discharge[3,4]. For example, the study on activity of arm-related neurons and their relationship between premotor cortical cell activity and direction of arm movement shows that the cells activity varies in an orderly fashion with the direction of movement[5]. Also, detection of spike discharge in the electroencephalogram is an important way of diagnosis of the disease[2]. Different algorithms like neural networks, logistic regression, and neuro-fuzzy model can be applied for detection of epileptic seizure[2,6,7]. There are many similarities between human and animal brain’s neural coding and many studies used animal modeling for investigation the spike discharge[8-11]. Johnsen and Levine[1] analyzed 26 pairs of units recorded from twenty-four retinal ganglion cells in the isolated goldfish retina and examined the cross-correlation histogram for the maintained discharge of each pair of cells. Their results showed that it is unlikely that differences in latency could be attributed to the unequal effectiveness of the stimuli for the 2 units. Batuev et al.[12] investigated the postsynaptic response of motor cortex neurons of the cat in response to the stimulation of different modalities and showed that it responds with a wide range of peripheral inputs. The electrical changes in the cerebral cortex can correspond with the electric changes in muscle and nerve[13]. The studies of the functional organization of the motor cortex show that this cortical area is composed of modules consisting of columnar aggregates of neurons related to different aspects of the same movement[14]. The current-flow and current-source-density analysis of the direct cortical response in the somatosensory cortex of rats show that the activation and magnitude of direct cortical response depend on stimulus strength and frequency[15].

In this paper, the variation of spike discharge as a function of first spike latency and the frequency-following interval is analyzed. First spike latency is the time delay between stimulus onset and first action potential[16]. Neuro-fuzzy model is a combination of artificial neural network and fuzzy logic approaches. It is a powerful tool for dealing with uncertainty and widely used for analyzing electrical activity of neurons. It is widely used for analyzing the electrical activity of the neurons[17-20]. The adaptive neuro-fuzzy inference systems (ANFIS) method was successfully applied for electroencephalography signals with a high accuracy of the results obtained[17]. A feature extraction method through the time-series prediction based on ANFIS model for brain-computer interface applications has been proposed by Hsu[18]. In this model, ANFISs is used for prediction of time-series for the left and right motor imagery classification, respectively. It is shown that neuro-fuzzy is an accurate model diagnosing epilepsy[20].

Neuro-fuzzy model is a combination of artificial neural networks and fuzzy logic and it uses capabilities of both models. It applies a neural networks structure and at the same time uses if-then rules in fuzzy systems. It uses prior knowledge to compute membership function and different learning algorithms of neural networks, including the back-propagation algorithm[21].

The different types of neuro-fuzzy systems used in this paper are as follow: ANFIS, WM, DENFIS, HyFIS[22], genetic for lateral tuning and rule selection of linguistic fuzzy system (GFS.LT.RS)[23], SBC[24,25]. Here we provide a short description each of them.

ANFIS model is a well-known neuro-fuzzy system that implements a Sugeno fuzzy system and uses a t-norm and differentiable membership function[26,27]. For a system with two rules, we can build the following neuro-fuzzy structure.

For given two inputs x0 and y0 and corresponding linguistic labels Ai and Bi, each neuron in the first layer of neuro-fuzzy model transmit the crisp signal to the next layer (Algorithm 1).

WM model is another type of neuro-fuzzy system that developed by Wang and Mendel[28] that has high performance for regression tasks. First, it divides input and outputs into the fuzzy region and assigns a membership function to each region. Then finds a rule for each pair of input data. In the next step, a degree is assigned to each rule. After assigning degrees, they are combined. The final rule is obtained after deleting redundant rules. Algorithm 2 provides more details about WM algorithm.

Division numerical input and output data spaces into fuzzy regions generate fuzzy IF-THEN rules covering the training data determining a degree for each rule. Eliminating redundant rules and obtaining a final rule base. More details about the algorithm is as follows[28]: (1) for each example ep = (ap1 ,…,apm, y), p = 1, 2,.., m where y is class value, builds fuzzy rule with the highest compatibility value; (2) calculate the importance degree for each of the generated rule. If "Rk: IF X1 is A1 AND...AND Xm is Am, Then Y is B", is the rule for ep, then the importance degree of this rule is: G(Rk) = t [A(ap1),…, A(apm), B(y)], where t is a t-norm, A(api) represents the membership degree of api and B(y) is the membership degree for the fuzzy set with the highest membership degree; (3) eliminate redundant rules, from the set of rules; (4) eliminate conflicting rules. If two or more rules of the remaining set have equal antecedents, discard the rule with the smallest importance degree; and (5) compose the final rule base using the remaining rules.

DENFIS is another fuzzy inference system that developed by Kasabov and Song[29]. The output of the system is based on m-most activated fuzzy rules and evolving clustering method is applied to determine the cluster center (Algorithm 3).

where b is the value of the cluster center on the x dimension.

HyFIS has two general steps for learning[22]. In the first step, the Wang and Mendel is used for knowledge acquisition. In the second step, the input vector is propagated forward in the network and parameter updating is performed using backpropagating the error using a gradient descending approach[30].

(1) Uses the techniques of Wang and Mendel to acquire the knowledge; and (2) use gradient descent-based to learn parameters of the structure. The training parameters are the centers and the widths of the Gaussian membership functions present in layers 2 and 4 defined by the following equation[30]:

GFS.LT.RS uses the Wang and Mendel to construct the population, evaluate the chromosome using mean square error, and minimize the number of rules.

SBC[25,31] is checking each data point's distance from all other data points to find the cluster centers. More details about SBC algorithm is provided in the Algorithm 6.

where rb is a positive constant. The data points near the first cluster center xcl have density measures and making the points unlikely to be selected as the next cluster center; and (3) optimize the cluster centers using fuzzy c-means.

To verify the effectiveness of the neuro-fuzzy algorithms we carried out a number of numerical experiments with the cortex of the somatosensory/motor system of the Cat data set on a PC with Processor Intel(R) Core(TM) i5-3470S CPU 2.90 GHz and 8 GB RAM running under Windows XP. The cortex of the somatosensory/motor system of the Cat data[32] was used in this paper. This data is based on recording neurons of extracellularly in post cruciate cerebral cortex of cats. It is neuronal responsiveness of each of the four paws to strong cortical surface stimulation to understand facilitatory and inhibitory modulation of wide-field neurons by small-field neurons. Two groups of data from the cerebral cortex of the cat data sets are considered for evaluation of the algorithms: Contralateral Forepaw (CF) Cortex (Chloralose) and Contralateral Hindpaw (CH) Cortex (Chloralose). The Contralateral Forepaw (CF) Cortex (Chloralose) is based on the measurements of 4,272 neurons, but Contralateral Hindpaw (CH) Cortex (Chloralose) contains data of 991 neurons. Various versions of neuro-fuzzy algorithms from R package are used to evaluate the algorithms’ error for each data. The R Project for Statistical Computing is an environment for statistical computing and graphics that contains comprehensive libraries of machine learning and statistical analysis applications that are available on[33]. 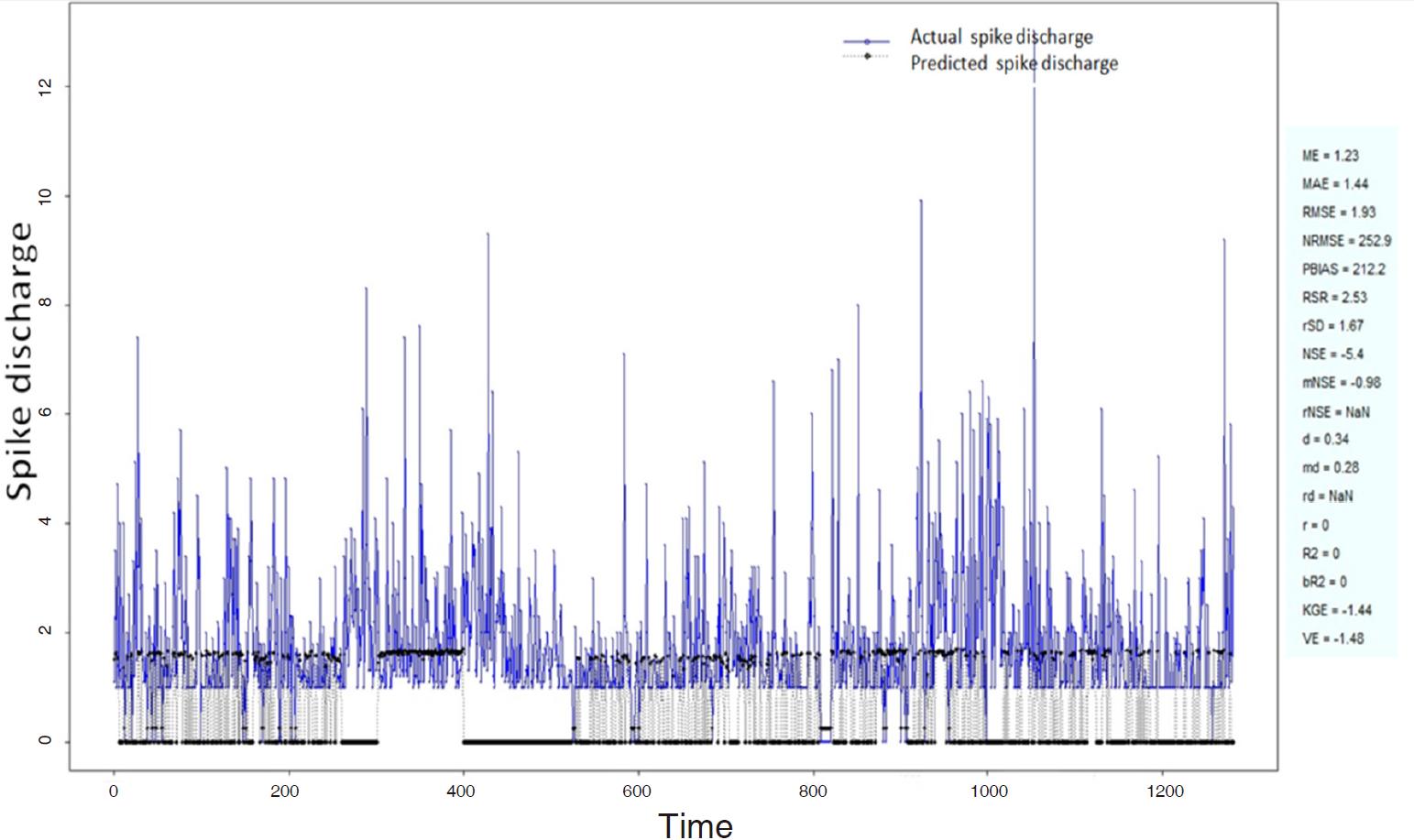 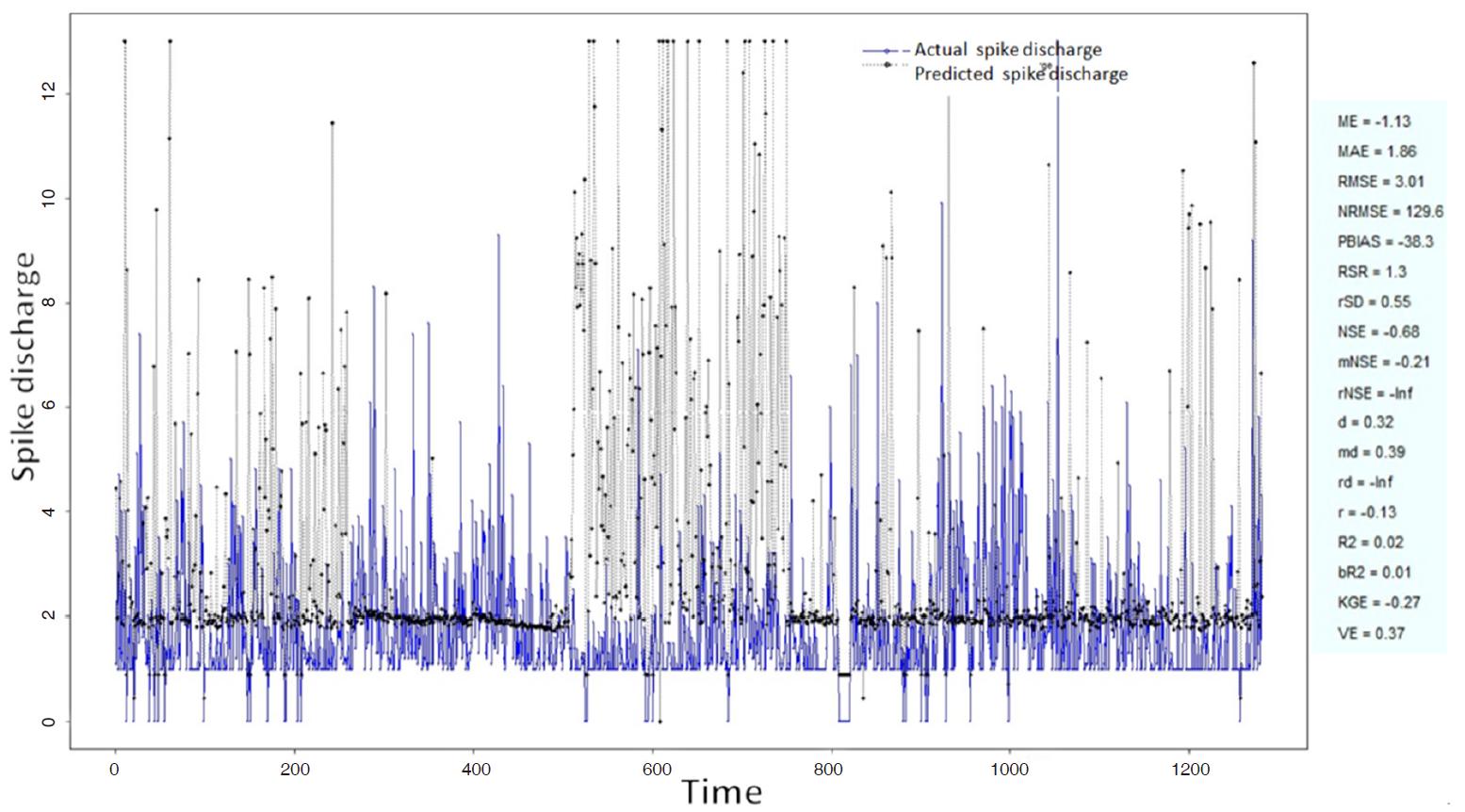 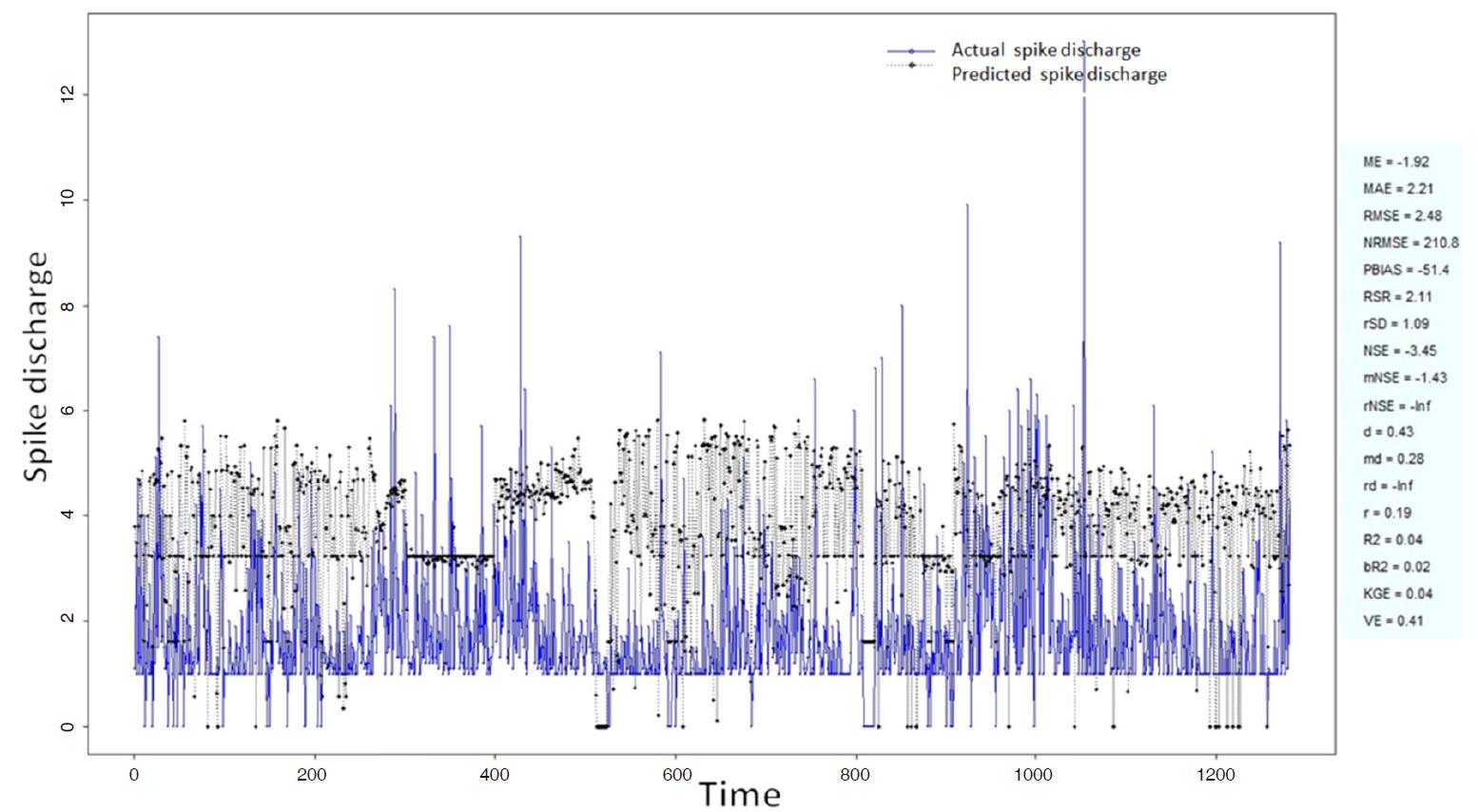 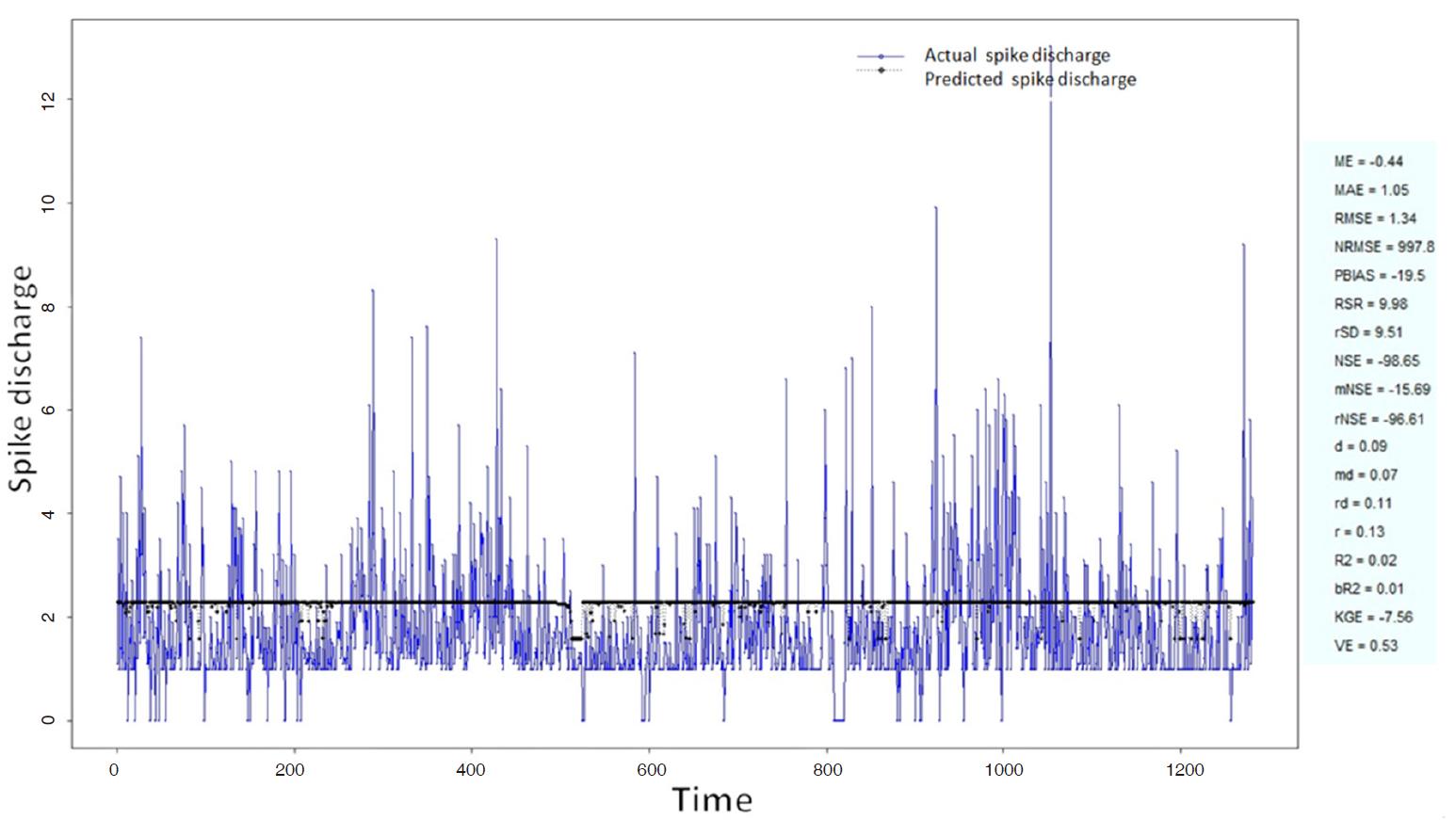 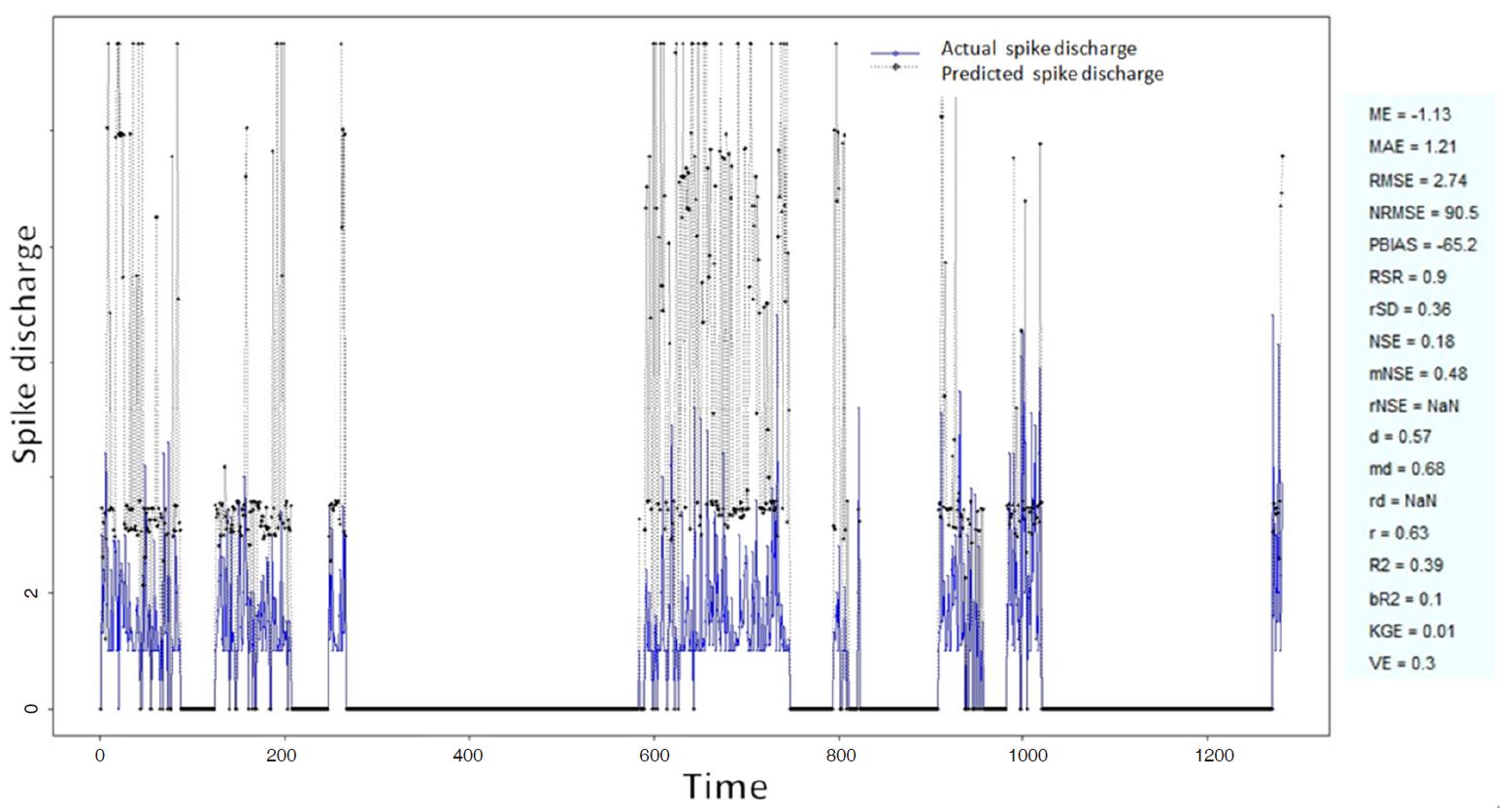 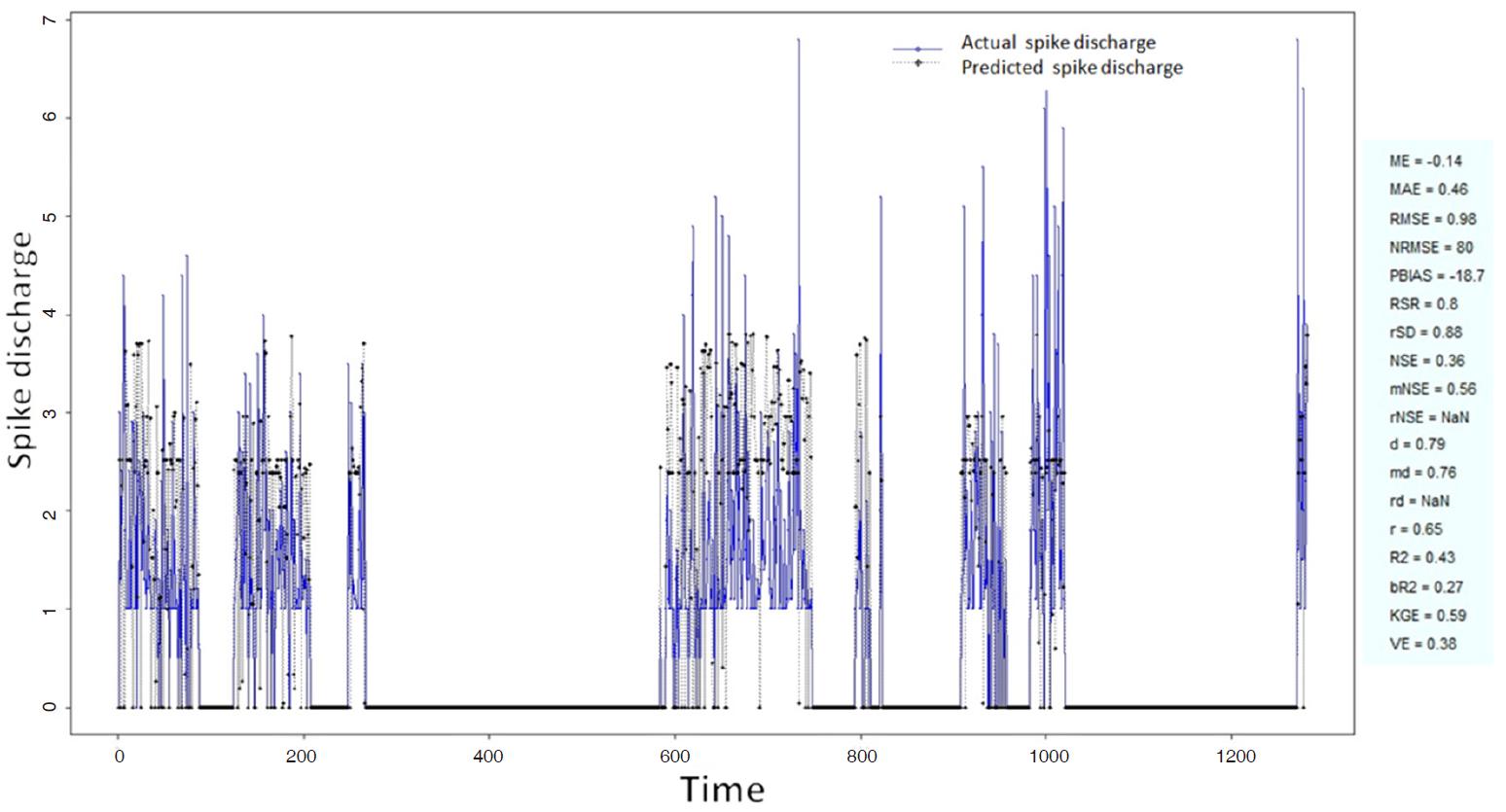 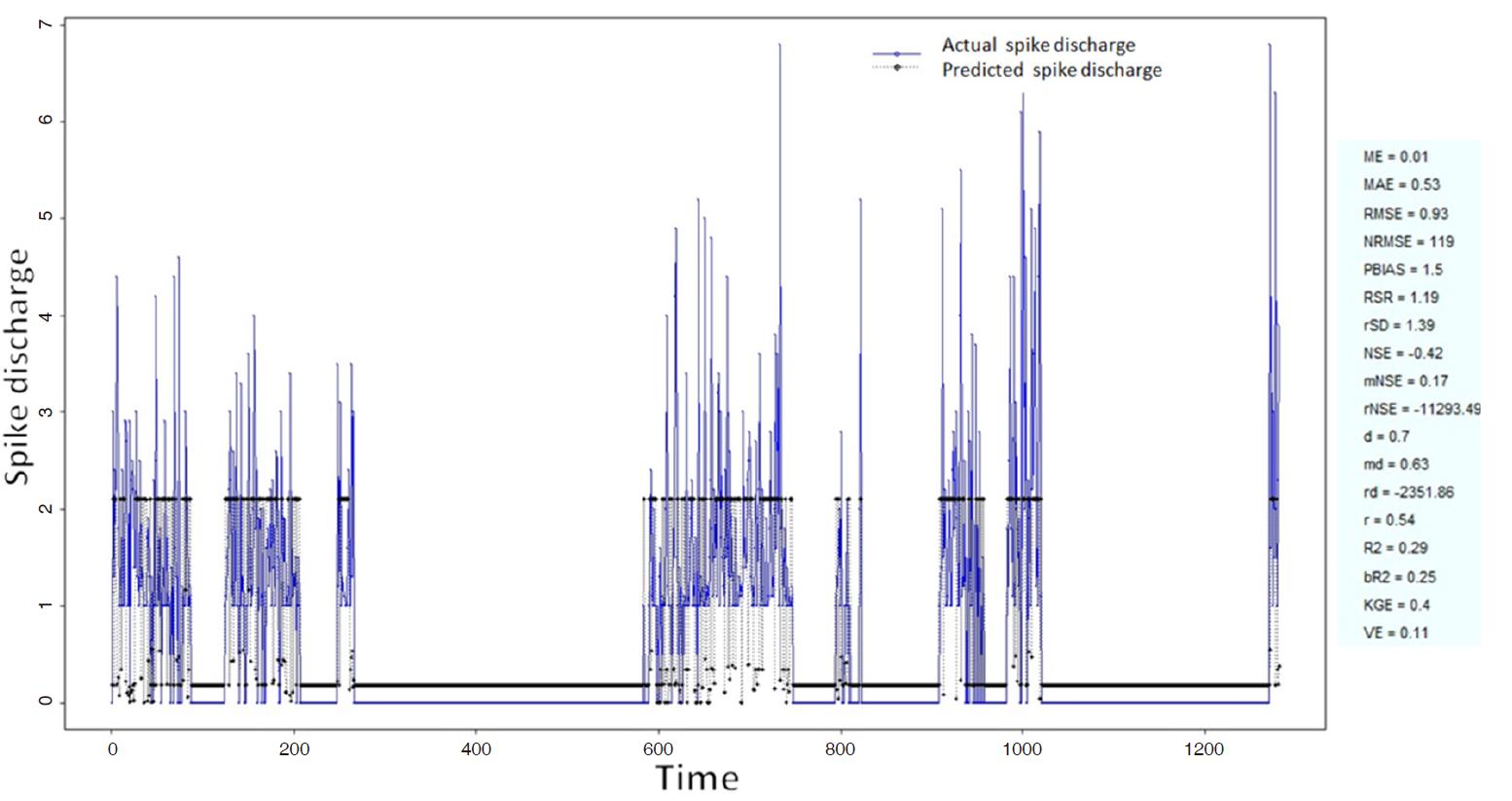 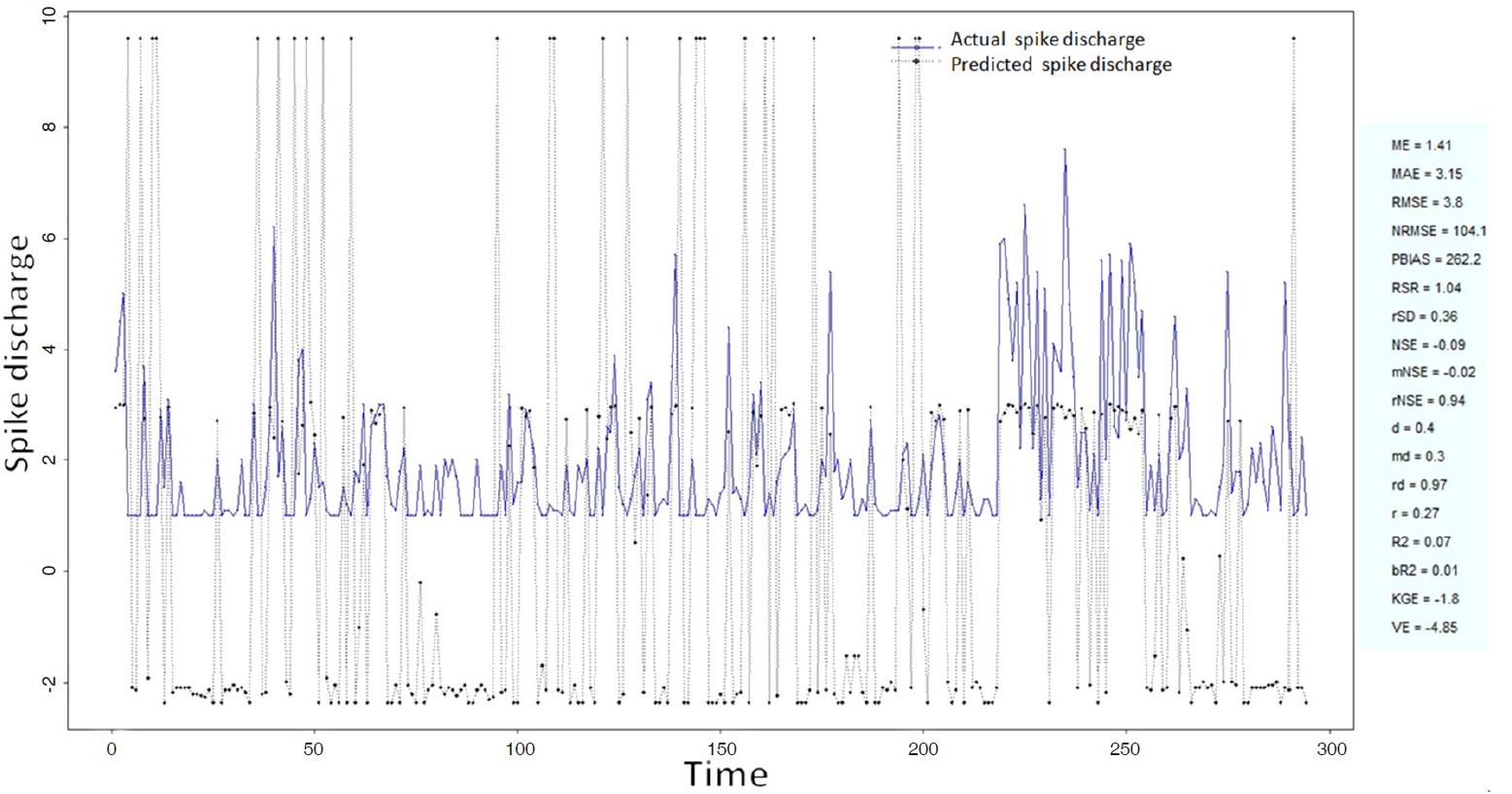 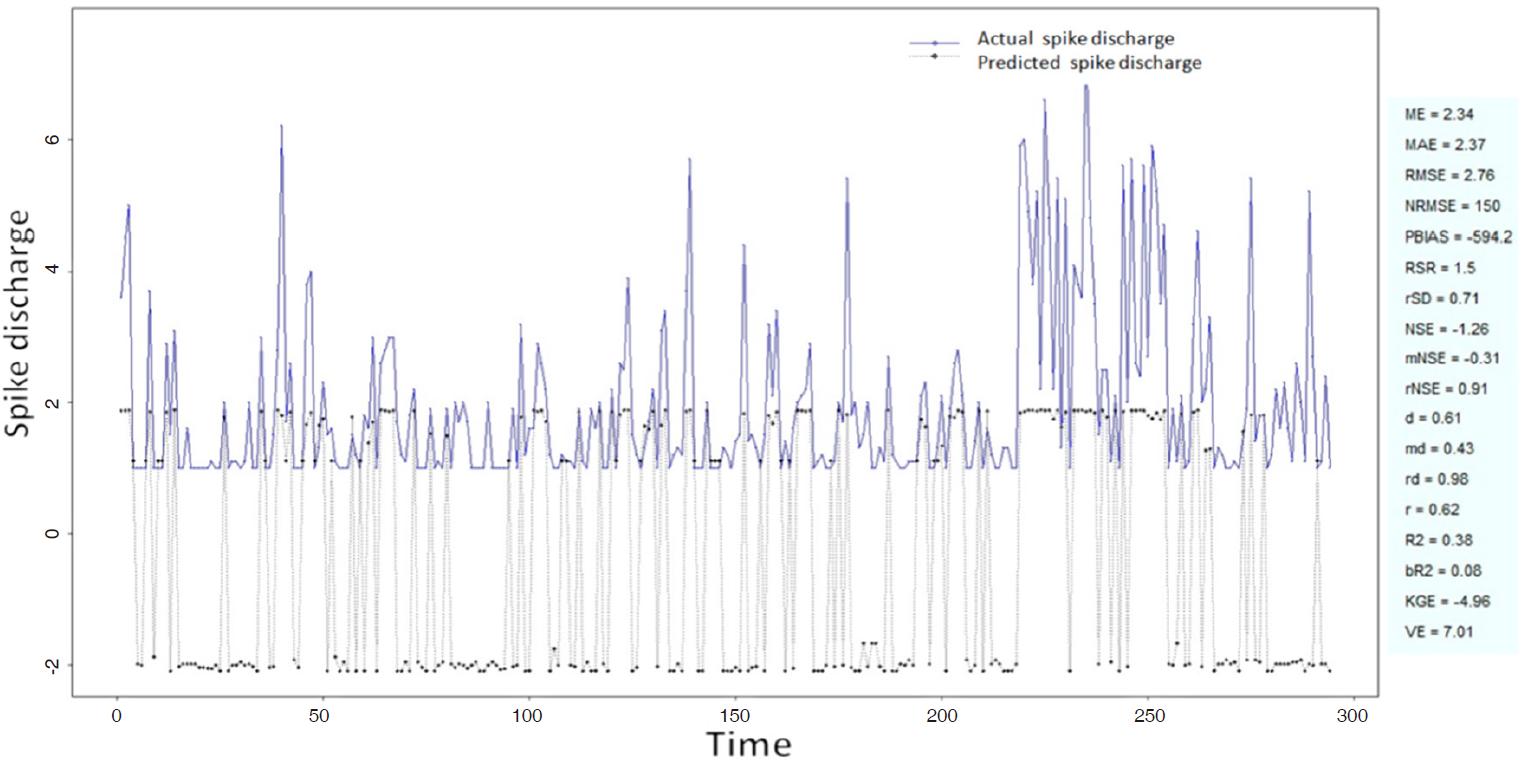 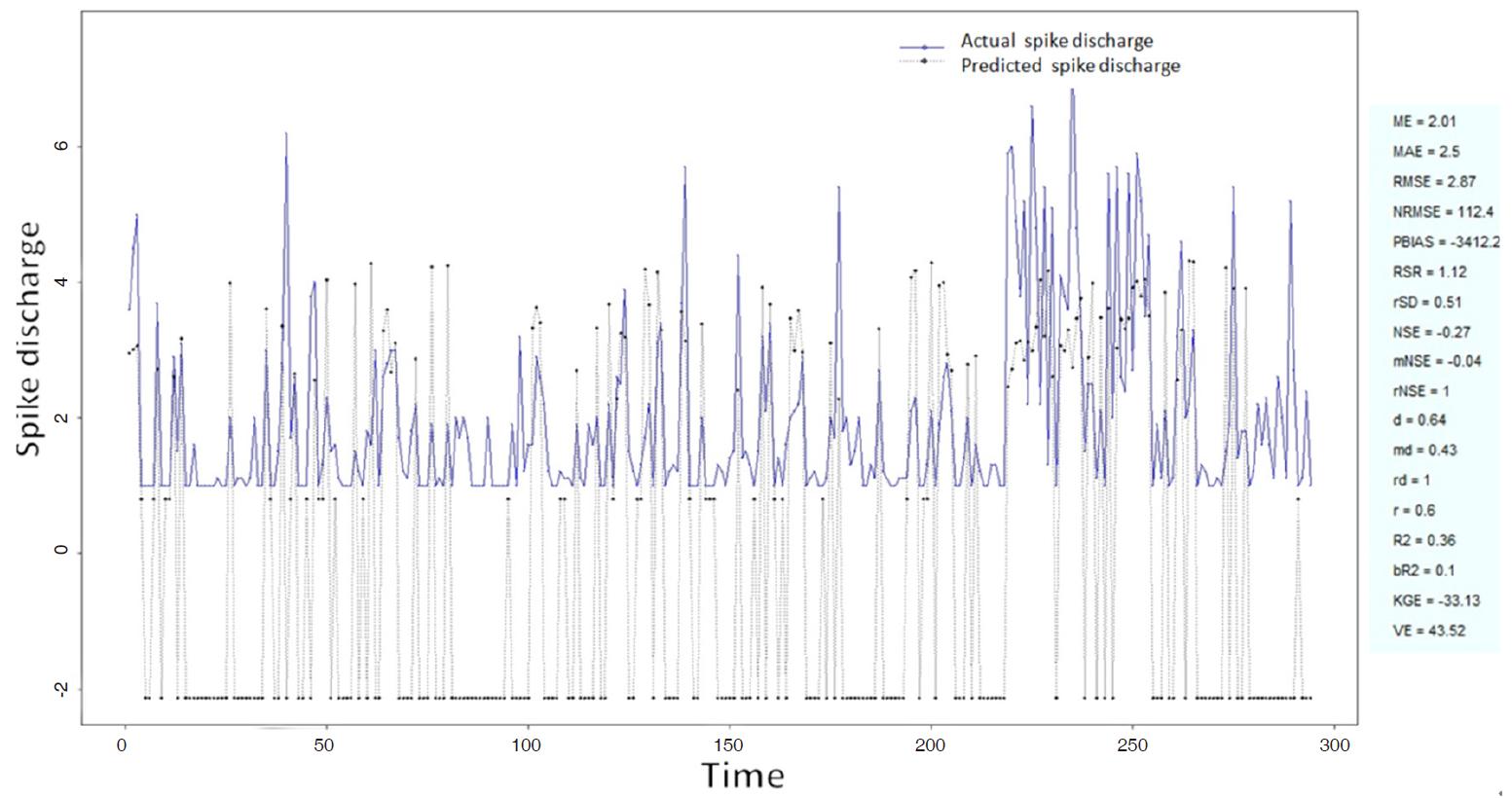 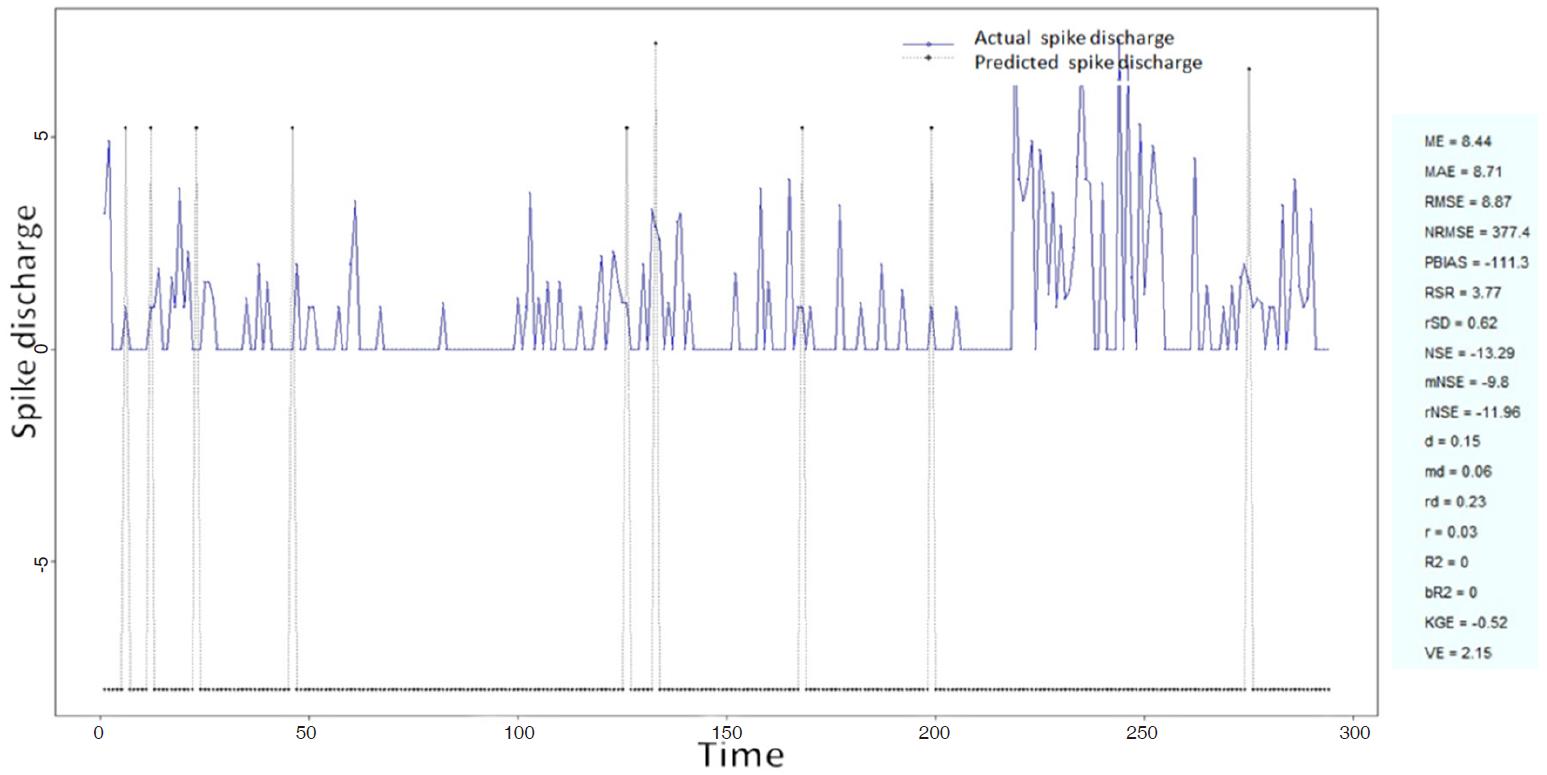 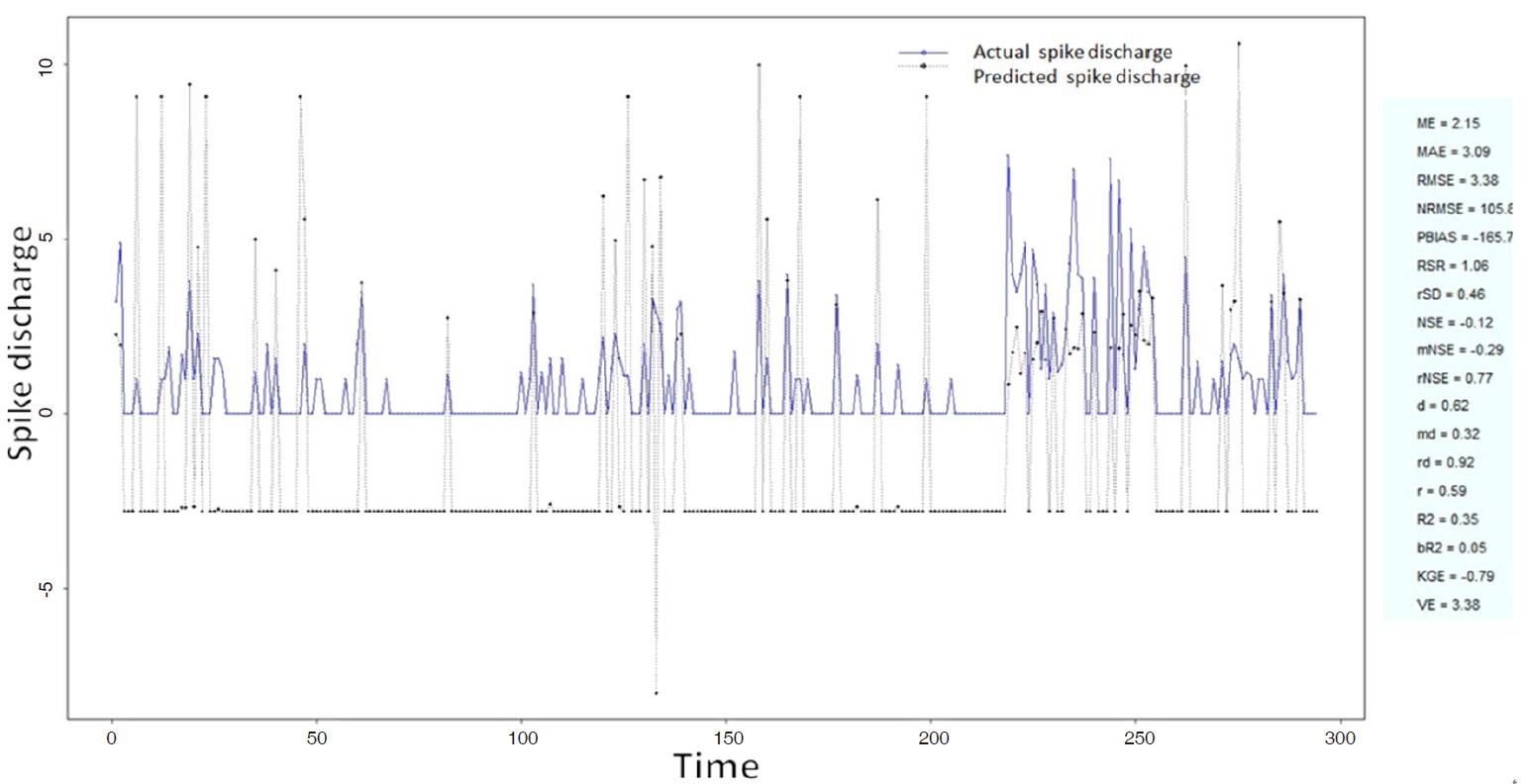 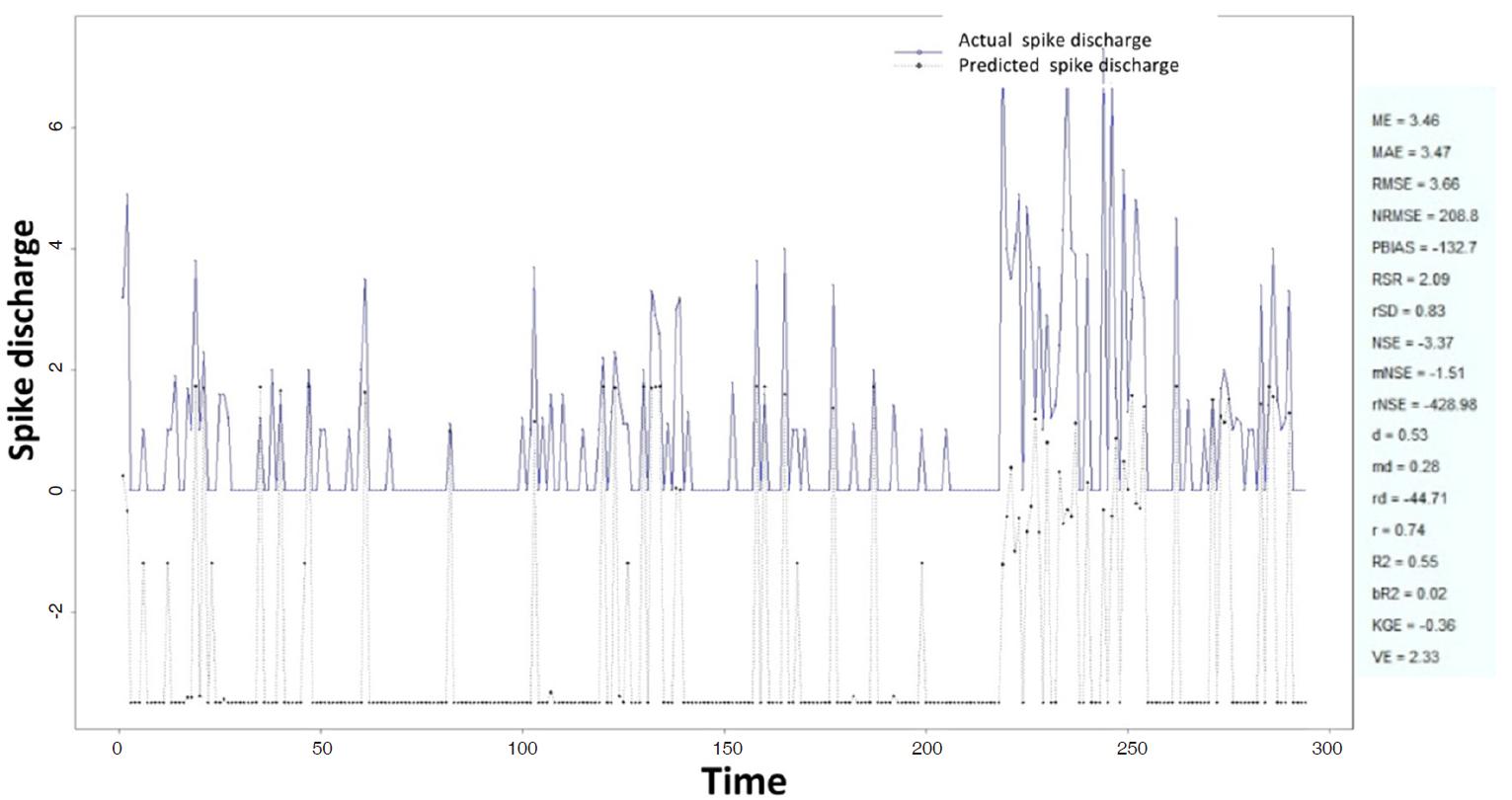 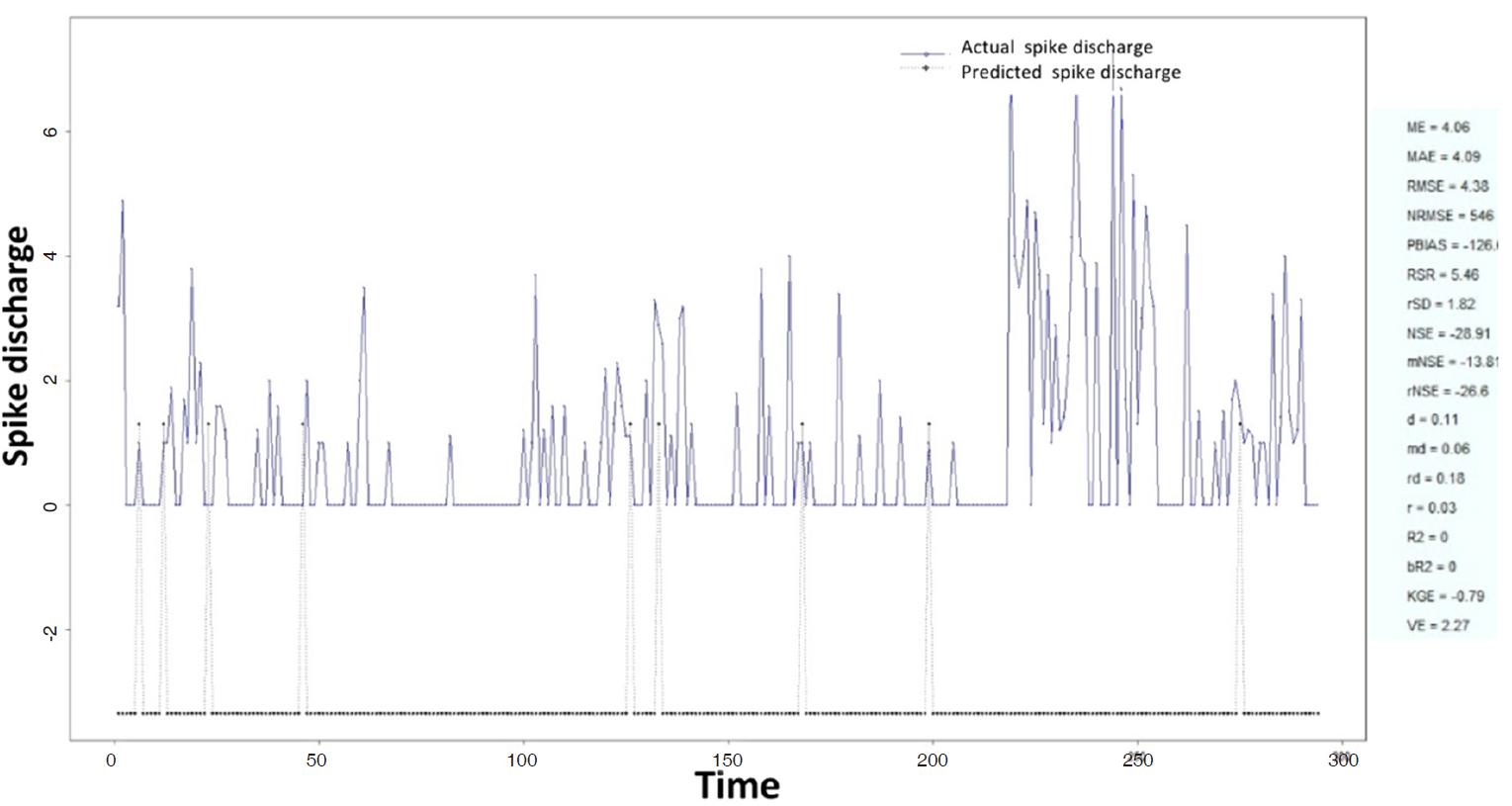 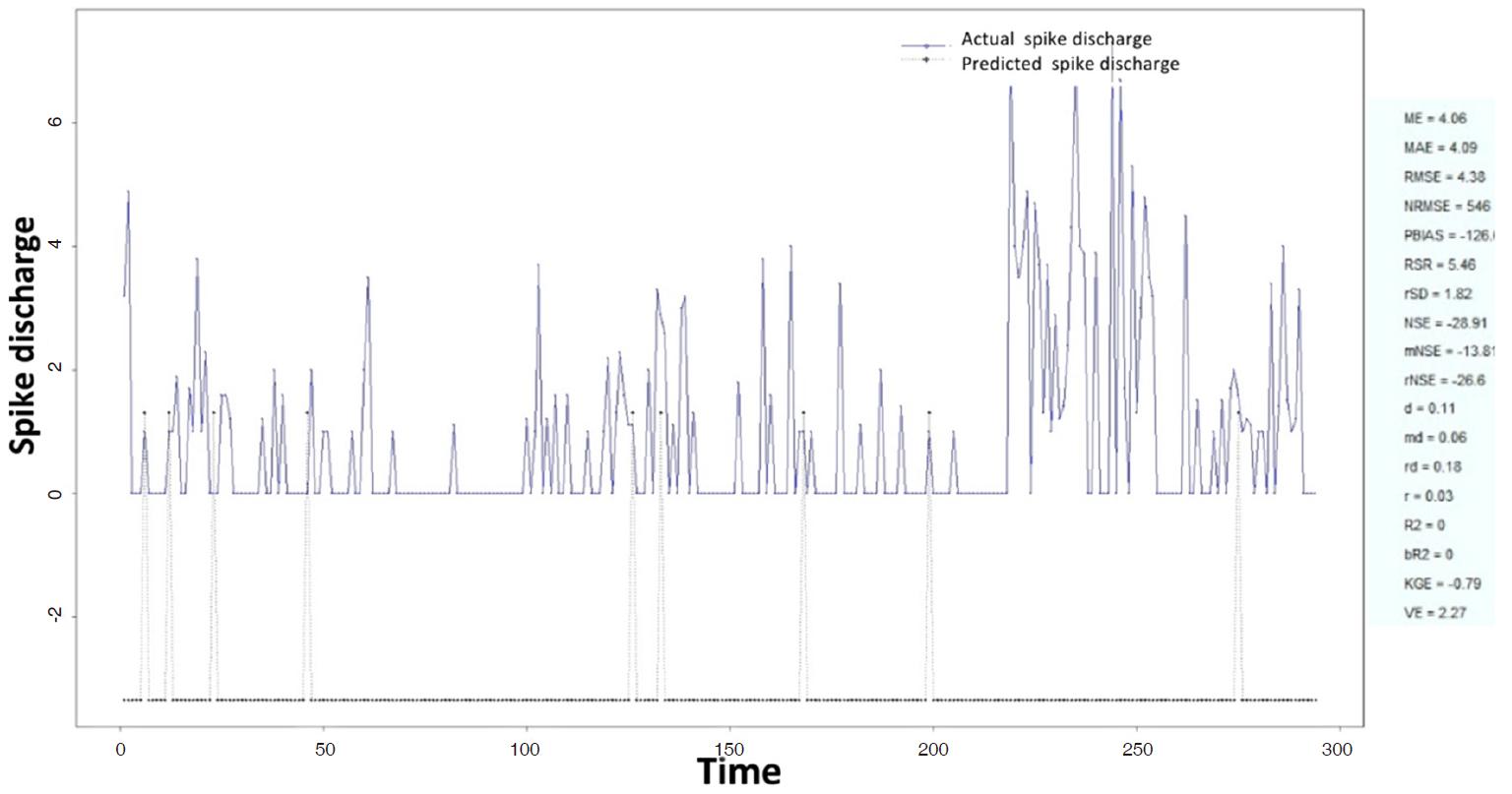 The Hindpaw Cortex is divided into two parts: the Contralateral Forepaw Cortex and Ipsilateral Hindpaw Cortex. Then different neuro-fuzzy algorithms have been applied to them. The best RMSE is obtained using GFS LT RS (RMSE = 2.06), the smallest Root Mean Square Error (RMSE) is obtained using HYFIS algorithm (RMSE = 0.93), and the biggest RMSE is btained by WM model (RMSE = 4.27). The WM algorithm provides better accuracy compared with other algorithm (RMSE = 2.73).

The author contributed solely to the paper.

The author certifies that he has no affiliations with or involvement in any organization or entity with any financial or non-financial interest in the subject matter or materials discussed in this manuscript. 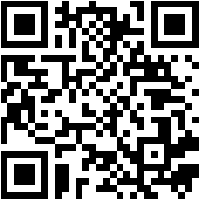