Analysis of resistant mutations in reverse transcriptase domain of hepatitis B virus from patients from Islamabad, Pakistan

Methods: Blood samples were taken from 20 chronic HBV patients who were non-responders to different nucleoside/nucleotide analogues. HBV DNA was extracted and a fragment of genome including RT domain was sequenced. The sequence was aligned with wild type HBV sequences and compared with resistant mutations in the RT domain.

Six nucleotide/nucleoside analogues (NAs) are so far used for treatment of chronic hepatitis B virus (HBV) infection. These are: lamivudine (LAM), adefovir dipivoxil, entecavir (ETV), telbivudine and tenofovir disoproxil fumarate. All of these drugs act on the reverse transcriptase region of the viral genome and inhibit its replication[1,2]. Treatment using NAs is not only more convenient than interferon therapy but also is associated with less side effects[2]. With the passage of time, however, susceptibility to those NAs decreases because of mutations in the reverse transcriptase (RT) region which renders the viruses resistant to antiviral drugs[3-5]. Since the HBV genome does not have a proofreading ability, the mutations occur with a very high frequency of occurrence[6]. This antiviral resistance is the most significant factor causing treatment failure in chronic HBV infections[7].

The mutations in the RT domain of polymerase gene have been given specific names according to the nomenclature introduced by Stuyver et al.[8] There are many mutations in the RT domain which are responsible for primary or secondary resistance against NAs in treatment of chronic HBV. Primary resistant mutations are those which cause an amino acid substitution resulting in resistance to a nucleos(t)ide nucleoside/nucleotide analogues while secondary mutations, often called compensatory mutations, are those which cause amino acid substitutions to restore the replication capability of viral polymerase[2]. The mutations at positions rt181, rt204 and rt236 are classified as primary resistant mutations and the mutations at rt173, rt180 and rt250 are classified as compensatory mutations[9]. The patterns of resistance in the HBV polymerase can be classified into five pathways which includes L-nucleoside pathway (rtM204I/V), the acyclic phosphonate pathway (rtN236T), the shared pathway (rtA181T/V) of both L-nucleoside and acyclic phosphonate, ETV resistance pathway (rtL180M + rtM204V with mutation in one of rtT184, rtS202 or rtM250) and multidrug resistance pathways (rtA181T + rtI233V + rtN236T + rtM250L)[10-12]. Mutations rtY135S and rtN248H have also been found to have role in resistance to Lemivudine and Adefovir respectively[13,14].

In Pakistan, an estimated population of 3-5% are HBV carriers and the response rate of chronic HBV patients ranges from 25.8% to 47.9%[15]. According to published literature, the response rate is low against nucleos(t)ide nucleoside/nucleotide analogues as compared to interferon treatment in Pakistan[15]. Still there is no study reporting the mutations responsible for treatment resistance in Pakistan. This study was designed to explore the mutations present in treatment resistant viral strains in Pakistan.

The aliquots of serum samples from 20 non responder patients were acquired from Pakistan Atomic Energy Commission (PAEC) general hospital, Islamabad, where they were originally collected for routine diagnostic purposes. All the available data of clinical and demographic importance were collected at the time of sample collection by filling a questionnaire. All the samples were carried to the Hepatology Laboratories, University Hospital of Pisa, Italy, where they were further processed.

Two fragments of HBV DNA from Polymerase gene including RT domain were amplified. The primer pair LAMes (5’-GGATGTGTCTGCGGCGTTT-3’) and POL181as (5’-GACCCACAATTCKTTGACATACTTTCC-3’) was used to amplify first fragment and the primer pair S_1-2 (5’-CGAACCACTGAACAAATGGC-3’) and P_1 (5’-TCACCATATTCTTGGGAACAAGA-3’) was used to amplify the second fragment. For each fragment, 5 µL of extracted HBV DNA was amplified in a polymerase chain reaction (PCR) mix including Tris hydrochloride buffer, 2 mmol/L Magnesium Chloride, 0.1 mmol/L dNTPs, 2 units of DreamTaq polymerase (Fermentas) and 0.25 µmol/L of each of the respective primer pair. The PCR thermal cycling profile was 3 min at 94 ºC then 35 cycles including 30 s at 94 ºC, 30 s at 55 ºC and, 30 s at 72 ºC, and then 7 min at 72 ºC. After confirming by gel electrophoresis, the products were purified by ethanol precipitation protocol (Beckman Coulter, USA) and subjected to sequencing by chain termination method using commercially available Kit (BeckmanaCoulter, USA). Briefly, 2 µL of purified DNA was mixed with 8 uL of DTCS Quick Start Master Mix, 4 µL of 1.6 µmol/L primer and 6 µL of water. The thermal profile used was 30 cycles of 20 s at 96 ºC; 20 s at 50 ºC and 4 min at 60 ºC. The instrument CEQ 8000 XL Analysis System (Beckman Coulter, USA) was used for sequencing.

Analysis of the sequences

The study included a total of 20 patients who were non-responders to different nucleus(t)ide nucleoside/nucleotide analogues out of which, 15 were male and 5 were female. Mean age of the patients was 39 years ranging from 23 to 60 years. Genotype D was detected by analysis of S gene sequence in all the 20 samples. RT mutations, well known for their role in resistance were found along with some mutations which do not have a known role in drug resistance. The resistance t mutations were found in 13 out of 20 (65%) samples. These patients were non-responders for more than one treatment including lemivudine, telbivudine, adefovir and entecavir. The mutations were detected at positions rt80, rt135, rt169, rt173, rt180, rt181, rt184, rt204 and rt248 but not at positions, rt194, rt202, rt236 and rt250 [Table 1]. The most frequent mutations were rtY135S and rtN248H which were detected from 13 (65%) and 12 (60%) samples respectively. The mutations rtL180M and rtA181V, were found from 6 samples (30%) each. Following them were rtM204V and rtV173L, which were found from 5 samples (25%) each. Resistant mutations rtI169P, rtL80G and rtT184Y were identified from 3 (15%), 2 (10%) and 1 (5%) samples respectively. The mutation rtM204I was not found in any of the samples, so on position rt204, all the mutations found were M204V.

Known resistance mutations found in the study with their percentages

Combinations of resistance mutations found in the study

Mutations found in the study which are not known for resistance

This is the first study from Pakistan which reveals the presence of resistant mutations in the HBV RT region. In this study, the mutations in the HBV RT region were analyzed in 20 non-responder patients who were under treatment for chronic HBV at the PAEC general hospital in Islamabad, Pakistan. Among those, 65% were detected with drug-resistant mutations indicating the existence of resistance to nucleoside/nucleotide analogues in Pakistani non-responder patients. The resistance due to mutations has already been categorized as the most significant factor in treatment failure in chronic HBV patients[7].

Surprisingly, the mutations rtY135S and rtN248H which are reported in only a few studies previously, were found from the highest number of samples in the present study. Out of these, rtN248H was recently reported and confirmed for its role in adefovir resistance[13]. The mutation rtY135S was also found from treatment resistant strains in high frequency but was not confirmed for its role in resistance[14]. Our results support both of the studies reporting these mutations as we find them in highest frequency from our treatment resistant patients.

A recently published study[12] reported a little different results. They also found much of the mutations found by us in lemivudine, adefovir and telbivudine treated patients but in different proportions. In addition, the study authors reported mutations at codon rt236 and rt250 which were not found in our study probably due to a smaller sample size compared with their study. Moreover, the most frequent mutation reported by the study authors was at codon rt204 which is a frequent mutation in our study [Table 1]. They found two types of substitutions at codon rt204, i.e. M204V and M204I but we have traced only the M204V substitution. Similarly at position rt80, they found L80I and L80V mutations instead of L80G found in our study. The difference may be because of genotypes as we had all samples of genotype D while they had genotype B and C. Overall, our results were to a great extent consistent with their findings, however, our findings need to be confirmed by a study involving a larger sample size.

We did not find the mutation rtA194T which was proposed to be associated with tenofovir resistance by Amini-Bavil-Olyaee et al.[16] The result of another large study from China[17] also supports our findings in this regard as they did not find this mutation. Our data is also consistent with another recent study by Chen et al.[18] who found the mutations rtA181T and rtN236T from lemivudine and adefovir resistant patients, although we did not find rtN236T and rtA181T from our samples.

In addition to common mutation rtV173L, we also detected another variant rtV173P at this position. This mutation is needed to be confirmed for resistance. We did not detect the mutations rtI233V and rtS213T related to adefovir and entecavir/lemivudine respectively which were reported by Ismail et al.[6] from treatment naive Indian patients. Again, the small sample seize may be the reason for this discrepancy. Thus, more studies with large a sample size are recommended to detect and confirm the mutations related to different nucleoside/ nucleotide resistance from non-responders as well as treatment-naive patients from this region.

The new mutations found in this study were not reported previously to have any role in viral resistance. As these are found from nucleoside/nucleotideanalogues non-responder patients, they may have some role in resistance. Their role in this regard needs to be studied.

In conclusion, nucleoside/nucleotide analogues resistant mutations rtY135S, rtN248H, rtL180M, rtA181V, rtM204V and rtV173L are frequent in the genome of HBV isolated from non-responder Pakistani patients. Mutations rtI169P, rtL80G and rtT184Y are also present. A number of mutations are also present which are as of yet not known for their role in drug resistance.

Enrolled and selected the patients for study, collected the clinical data, kept the patients under observation for complete duration of treatment and reviewed the manuscript critically: M.A. Anwar

Extracted and amplified the viral DNA, performed sequencing, analyzed the reverse transcriptase domain for mutations and prepared the initial draft of the manuscript: M. Mahmood

The study was partially funded by Higher Education Commission of Pakistan in the form of PhD Indigenous Scholarship.

All patients have signed a written informed consent before their participation in the study.

The study was approved by the institutional ethics committee of PAEC general hospital, Islamabad, Pakistan. 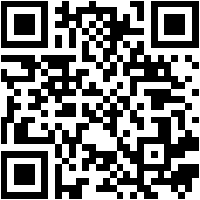