Introduction to the first issue of JUMD

It is my privilege to introduce our readers to the first issue of JUMD. It is obvious that what is actually published in medical research is the tip of the iceberg while heaps of useful data that has been generated by thousands of academic institutes is in fact never published.

Universities all over the world produce more data in medical research than they are able to publish, hence a wealth of scientific results, funding and hard work is wasted. Not all research results are conclusive or significant and manuscripts outlining less impactful results are usually not in the scope of traditional journals. Moreover, researchers may consider negative results are less likely to provoke any significant interest or be accepted for publication than positive ones even though they could be relevant to other investigators.

It should be realized on a scientific record scale that the contribution of scientific evidence discovered by studies with negative or statistically non-significant results could be as important as that from published studies with positive or statistically significant results. Non-reporting of such results and favoring only positive results could create bias in the scientific record and disfigure the clinical interpretation of the published evidence. Accordingly, clinical decisions can be unfavorably affected, contributing to sub-optimal health care and opportunities for scientific progress could be missed. Moreover, when research is not publicly reported, colleagues in the same field may never know about it and they may needlessly repeat the same experiments wasting resources and putting extra burdens on laboratory animals.

JUMD was launched to rescue this great wealth of valuable unpublished clinical and medical biological data. This issue contains a mixture of clinical and preclinical scholarly articles. I hope that the fresh insights represented here will be appreciated by clinicians and medical researchers around the world.

This article compared the efficacy of enteral immunonutrition versus the superior to standard enteral nutrition on postoperative complications and the enhancing of immunity of gastric cancer patients that have experienced gastrectomy.

Association between tumor response and postoperative morbidity after neoadjuvant chemotherapy for gastroesophageal adenocarcinoma?

This article studied potential associations between histopathological tumor response to neoadjuvant therapy and the risk of post-operative complications/morbidity in 61 patients undergoing resection of gastroesophageal adenocarcinoma after neoadjuvant chemotherapy.

This article evaluated the safety and efficacy of biweekly administration of cetuximab at a dose of 500 mg/m2 with chemotherapy in 19 patients with metastatic colorectal cancer.

This article illustrated the therapeutic effects of the Brucea Javanica oil emulsion on rhabdomyosarcoma in rats using magnetic resonance imaging, microangiography and histopathology.

Hormone naïve metastatic prostate cancer: can results of meta-analyses of aggregate data convince oncologists to expand the role of docetaxel? 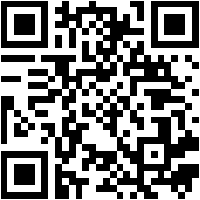