Unusual association of lupus and thrombotic thrombocytopenic purpura like syndrome: clinical experience of a rare presentation

Thrombotic thrombocytopenic purpura (TTP) is a life threatening hematological condition which can be secondary to many disorders. Systemic lupus erythematosus (SLE) can present with thrombotic microangiopathy and the differentiation between them is quiet difficult especially in people with no previous history of SLE. We report a case of 23-year-old female with no previous medical problems, who was presented with severe illness and dizziness following tooth extraction and was found to have severe microangiopathic hemolytic anemia, she was initially diagnosed as disseminated intravascular coagulation and after initial improvement, her platelet count was severely decreased and she developed fever, convulsions and renal impairment with subsequent diagnosis as TTP and plasma exchange was started. Later on, she developed psychosis, proteinuria and fulfilled the American College of Rheumatology criteria for SLE.

Systemic lupus erythematosus (SLE) is a multisystem autoimmune disease that affects many organs in the body, including the hematopoietic system. SLE can present with TMA and differentiation between the two diseases can be quiet difficult, especially in those with no previous history of SLE. TTP may occur before or after the diagnosis of SLE but in a rare cases; both can be present concurrently[3].

We reported this interesting and challenging case with a rare presentation that should be kept in mind.

A 23-year-old female with no previous medical problems presented to hospital in July 2017 with severe illness and dizziness following tooth extraction due to complicated tooth abscess. She reported severe bleeding per gums which resolved with coagulant medications prior to coming to hospital, she denied any other drug history.

While waiting for the result of the serum levels of D-dimers, fibrinogen degradation products (FDPs) and pan cultures; patient was initially received 3 packed red blood cells transfusion to correct anemia and prophylactic antibiotics due to her history of tooth abscess.

After transfusion and supportive treatment, our patient became better, her tachycardia and tachypnea were improved, her Hb level was 7 g/dL and platelet count 28 × 103/L and white blood cells become 21 × 109/L. Surprisingly, her serum level of D-dimers and FDPs were elevated to > 3200 ng/mL (normal less than 200 ng/mL), and she developed vaginal bleeding and severe abdominal pain, ultrasound result show mild intra-abdominal free fluid mostly blood with a normal uterus and adnexa. These clinical findings with elevated D-dimers, FDPs together with her history of complicated tooth abscess made disseminated intravascular coagulation (DIC) highly suspicious with DIC score 5, but the other parameters related to DIC such as prothrombin time, and activated partial thromboplastin time were within normal range. She received two units of fresh frozen plasma, intravenous tranxamic acid and vitamin K which was accompanied by initial improvement and stopping of the vaginal bleeding, both hemoglobin and platelet counts were improved also.

Follow up of her laboratory tests show decreased FDPs and D-dimers levels; this made the possibility of DIC faraway especially all cultures including blood, urine, stool and sputum were negative. Worsening of thrombocytopenia and hemolytic anemia, her serum creatinine level was increased to 1.57 mg/dL then to 1.9 mg/dL and many schistocytes were found again. So, we put a provisional diagnosis of TMA with possibility of autoimmune disorder as its incidence is high in our center. Intravenous methylprednisolone (1 g for 3 days) was started followed by oral administration of prednisone (1 mg/kg/day) and plasma exchange was planned.

She developed generalized tonic clonic convulsions, her serum creatinine increased to 2.1 mg/dL. Magnetic resonance imaging of brain and electrolytes levels were also normal, lumber puncture couldn't be done due to marked thrombocytopenia. Here, the diagnosis of TTP was suspected however; ADAMTS13 level couldn't be done due to financial cause. Plasma exchange was immediately started and after the first two sessions of plasma exchange, her laboratory tests show marked improvement but she developed frothy urine and psychosis which fulfill the DSM-IV criteria for psychosis due to a general medical condition; 24-h urinary proteins, ANA, anti-DNA antibodies were ordered and plasma exchange was continued together with the oral prednisone 60 mg/day.

Anti-DNA antibodies and ANA were positive with a peripheral pattern with proteinuria of 1 g/24 h urine collection, so the patient fulfilled ACR criteria for SLE. Here, our patient was diagnosed as SLE and TTP like syndrome, a course of cyclophosphamide 500 mg was started and she was planned for renal biopsy.

Plasma exchange was gradually discontinued, after seven sessions she was markedly improved, her platelet count, LDH were normal and hemoglobin was corrected within one month. She was discharged after renal biopsy without any complaints. Renal biopsy showed mesangial proliferative lupus nephritis (class II lupus nephritis), with no evidence of TMA or podocyte effacement.

TTP is one of the TMA, considered hematological emergency. Although TTP and SLE are different diseases, they may present as overlapping for each other although the association between them hasn't been well defined[4]. There are many hypotheses are being found to explain this association include abnormal endothelial activation, elevated levels of D-dimers, ADAMTS13-resistant von Willebrand Factor and defects in the complement system regulation[5].

SLE can be presented with symptoms resembling those of TTP making the differentiation very difficult, especially our patient didn't have any history or symptoms suggesting lupus before[3].

We suspect TTP in our patient even before complete the classical pentad of TTP, as this historical pentad of fever, thrombocytopenia, MAHA, neurological symptoms, and renal abnormalities which used for TTP diagnosis becomes obsolete because less than 10% of patients with an acute TTP are presented with these 5 symptoms. Only severe thrombocytopenia and MAHA characterized by schistocytes on the blood smear are the most consistent signs of TTP[6,7].

During the management of our patient we had many questions about the differential diagnosis, DIC was considered specially with history of neglected tooth infection, bleeding and initially elevated D-dimer and FDPs together with MAHA but also we thought of Evan syndrome as the patient had thrombocytopenia and hemolytic anemia but her direct coombs test was negative which exclude this diagnosis. Her symptoms and laboratory findings of TMA could be mistaken with many diseases including SLE itself. About 50% of TTP cases can be associated with other clinical conditions preexisting or concomitant to TTP occurrence, SLE is one of the most commons[8].

It is difficult to differentiate TMA related to lupus from primary TTP as the main pathophysiology of SLE-related TMA is frequently heterogeneous, it can be caused by anti-phospholipid syndrome or vasculitis. So, it should be kept in mind because any delay in plasma exchange (PEX) may lead to increased mortality[9,10].

Although investigations of MAHA as blood smear for fragmented RBCs and low platelet counts are very important, it's not specific for TTP because they may be present in other disorders with TMA. So, it's important to measure ADAMTS13 level which is the unique marker, sensitive and specific for TTP, but reliable results of ADAMTS13 level usually cannot be available in an emergency, this explained why urgent management is usually decided depending on the clinical symptoms of TTP and not depend on the ADAMTS13 results[11].

Plasma exchange, the main treatment for TTP must be started urgently once the TTP diagnosis is established and if not available in emergency, steroids can be started. The use of steroids in the treatment of acquired TTP supports its autoimmune nature[12].

SLE-associated TTP-like MAHA is a condition characterized by an unexplained MAHA in a patient who fulfilled the ACR criteria for SLE; this condition may be associated with the other classic findings of TTP as renal impairment, fever, and neurological symptoms without a severe reduction in ADAMTS13 activity, or diarrhea to differentiate it from hemolytic uremic syndrome[13]. TTP should be kept in mind when dealing with SLE patient presented with MAHA as both conditions can occur concomitantly and can share similar manifestations[14].

Although our patient had no previous history of SLE and we did not measure a reduction in ADAMTS13 activity due to a financial causes, we depend on clinical data which meet with features of TTP, she also fulfills the ACR criteria for SLE such as high titer of ANA, Anti-DNAs, proteinuria, neurological symptoms in form of psychosis and hematological findings which make differentiation between the two conditions so difficult.

The authors acknowledge Professor Atef Taha, Professor of Hematology, Tanta University, Egypt for his expert scientific assistance, all internal medicine residents of Tanta University Emergency Hospital, and the patient and her cooperative family.

Conception and design of the article: Abdellatif MM

The work has received the approval by Research Ethics Committee of Tanta School of Medicine. 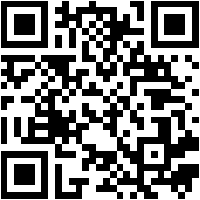