Aim: The study aimed to determine the relationship between family functioning and low back pain (LBP) in nurses in a tertiary hospital in North Central Nigeria.

Results: Results showed that 92.2% (188) were from high functioning families, while 7.8% had moderately dysfunctional families. None of the respondents were from severely dysfunctional families. Independent t-test did not show any significant difference in the family function scores for nurses with LBP and those that did not have LBP, t = 0.716, P = 0.475. Spearman’s rank correlation did not reveal any significant relationship between severity of back pain and Family APGAR. Spearman’s r = -0.046, P = 0.606.

Conclusion: Family function scores did not significantly differ for nurses with LBP and those without LBP. The low level of family functioning might have been due to the self-reported nature of the Family APGAR tool. Further studies should consider other assessments of family functionality as a possible predictor of LBP in nurses.

Data is limited on the contribution of family functioning to LBP in nurses. A few studies have shown that LBP is influenced by low social support and poor social relationships outside the work environment, and this is supported by published data.[4]

Steel plant workers in South Africa, in a cross-sectional study by van Vuuren et al.[5] were found to have higher prevalence of LBP. This was related to shift work which in turn created additional demands on their family life. Long hours were reported to take up valuable family time, leading to decreased support from workers’ families, increase in their stress levels, and invariably predispose them to LBP.[5] This same South African study indicated that many workers came from dysfunctional families, but did not show any specific relationship with the prevalence of LBP. Responses to the family APGAR tool indicate perceived family social support but these are influenced by cultural differences which can play a significant role in one’s perception of family values.[5]

LBP is a form of pain, which is generally accepted to be an internal subjective experience that is neither easily observed by others nor quantified by measuring physiological markers or through bioassays. Pain assessment therefore heavily relies on self-reports. Pain research in humans has focused on testing and refining these self-reporting methodologies.[6-8] A better understanding of a patient’s perception of pain can be obtained leading to an understanding of the impact of pain on the biopsychosocial aspects of the patient’s life.[9] Quantifying pain provides a measure of assessing the effectiveness of treatment and helps when assessing the behavior of the patient’s pain. It provides a baseline from which to work and can be used to compare pain episodes.

The validity and reliability of various measures of pain have been extensively researched in Europe, America, and Asia.[10] In Africa on the other hand, very few studies have been conducted.[11] Most of the research into measurement of pain has been carried out using Anglo-American pain measures.[11,12] Assessment of back pain is made easier by using scales to measure the severity (intensity) of the pain. Pain scales are a convenient, easy and quick way of determining changes in the patient’s symptoms.[13]

The Wong-Baker Faces (WBF) Pain Scale is easy to understand and can be used for children, adults and subjects with low educational levels.[14] Kim and Buschman[15] supported the appropriateness of using the WBF Pain Scale in older adults, to measure pain intensity. Their research also provided evidence on the usefulness of the WBF Pain Scale in cross-cultural settings. The WBF has been shown to be easy to administer, and sensitive to changes in pain after treatment.[16]

This paper endeavors to examine the relationship between family functioning and LBP in order to address factors outside the work place that may contribute to LBP in nurses.

A minimum sample size of 204 including a 2.5% non-response rate was determined based on the formula for estimating proportions, assuming 95% confidence interval and 80% power.[17] A cross-sectional hospital-based study was carried out with semi-structured questionnaires [Appendix I] administered to 204 randomly selected, eligible, consenting nurses. Eligible participants were selected by simple random sampling from a list of 489 full-time nurses obtained from the Director of Nursing Services. The semi-structured questionnaire was developed, reviewed by an expert jury consisting of an orthopedic surgeon, a family physician, a nurse and a physiotherapist. They were selected based on their participation in LBP management. These pre-tested questionnaires were then administered by the researchers to consenting, eligible nurses. Information was collected on socio-demographic factors including: the age, sex, religion and marital status; occupation and workload, family functioning and severity of back pain. 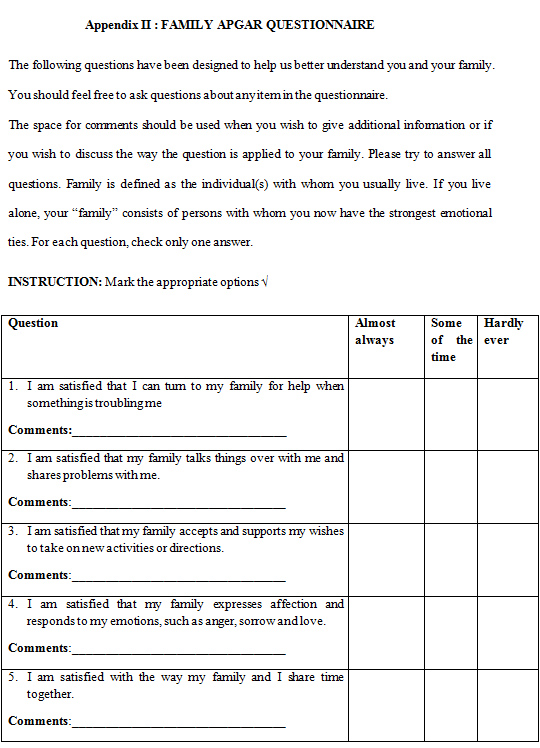 The severity of LBP was measured using the WBF Pain Scale [Appendix III]. A numeric value which ranged from “0-10” was marked by the respondents.[15] The scale also shows a series of faces ranging from a happy face which is graded as “0” meaning “no pain”, to a crying face at “10” which corresponds to “worst pain”. The individual chose the face that best described how they were feeling.[15] 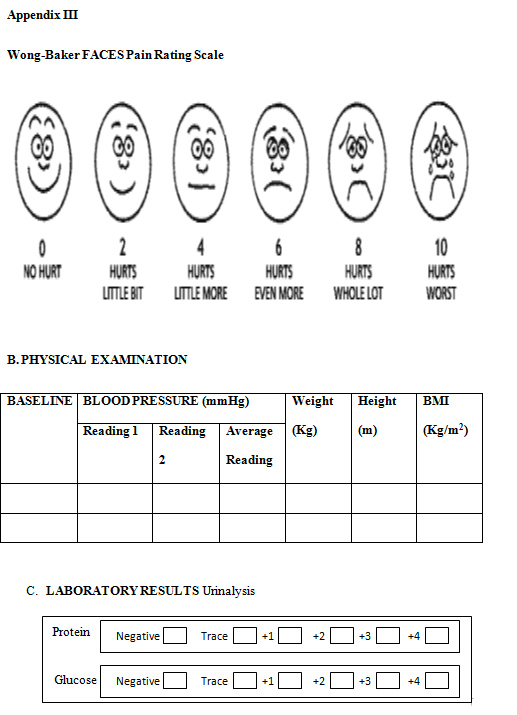 This study determined the prevalence of LBP to be 70.1%, and the results had been previously published.[18]

Most of the participants 188 (92.2%) were from high functioning families, while 16 (7.8%) were from moderately dysfunctional families. None of the respondents were from severely dysfunctional families. Independent t-test showed that there was no significant difference in the family function scores for nurses with LBP and those that did not have LBP (t = 0.716, P = 0.475). Spearman’s correlation did not reveal any significant relationship between severity of back pain and family APGAR scores (Spearman’s r = -0.046, P = 0.606).

This study revealed a fairly high prevalence of LBP in keeping with several previous reports.[19] The LBP also had a significant impact on their work ability index as previously reported.[18] Lønnberg et al.[20] in a single general practice in Denmark, had reported that perception of poor working conditions was a far better predictor of long-term outcomes for LBP compared to pain history or clinical features. However, no specific workplace factors were found to be significantly associated with LBP in this cohort of nurses. Hence, this study set out to determine if family factors, specifically family functioning, was a significant contributor to LBP among them.

Almost all the participants were determined to be in highly functional families based on the Family APGAR assessment. This is also in line with similar reports of family functioning among hospital staff in the same environment.[21]

In this study, there was no significant difference in the family function scores for nurses with LBP and those without LBP. This would imply that family functioning as measured by the Family APGAR was not a significant predictor of LBP in nurses.

Limited data is available on the role of family functioning and LBP in nurses. A few studies suggest a causal relationship between poor social relationships outside the immediate work environment and LBP. This relationship is not however consistently demonstrated, as a review by Davis and Heaney[4] found positive associations between poor social relationships and LBP occurring in only about 20% of the studies they reviewed. Baur et al.[22] had reported that work-family conflict is a significant predictor of neck and back pain among surgical nurses in Germany and Switzerland. However, neither social support nor job influence was a statistically significant predictor or modulator of neck or back pain in the same cohort of surgical nurses. It is possible that this complex interplay of factors affecting social support and social relationships, affected our ability to show a relationship between the family functioning and among nurses even when LBP was common.

In conclusion, there was a generally high prevalence of LBP among nurses, almost all of whom reported highly functional families. There was no significant difference in the family function scores for nurses with LBP and those without LBP. Further studies with matched cohorts to overcome some of the social confounding variables could be designed in the future to elucidate key family and social predictors of LBP outside the workplace that may affect nurses.

Informed consent was obtained from participants.

Ethical approval was obtained from the Hospital Research Ethics committee. 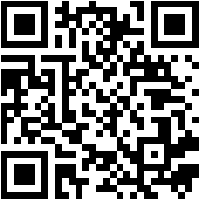